A Quick $2.5k Profit Flip in a Couple Hours of Work - Domain Magnate

A Quick $2.5k Profit Flip in a Couple Hours of Work 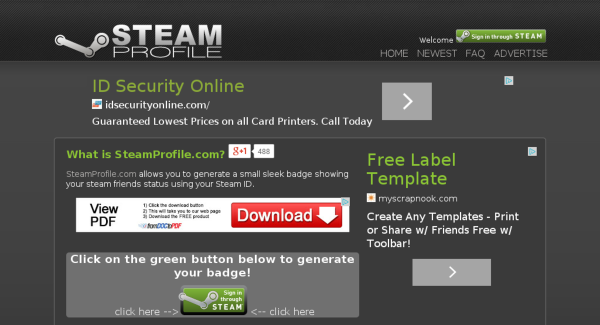 Some of my readers and subscribers saw my earlier flippa sale for steamprofile.com and asked about it. Where did I get that site? how did it sell so high with such low revenues? What did I initially pay for it? Read on to find the answers!

I initially acquired the website earlier this year from another webmaster contact who wanted to quickly liquidate it, and emailed me knowing that I buy websites, also since we’ve done some business before. It seemed like a nice looking small website, and at the time it was making about $10 per month. So I bought it and paid around $100 for it. There were also expenses of about $5 per month on special hosting, which might not make it very attractive, but it was just $100 so I figured I’ll find something good to do with it.

As I researched it a little more I realized the site had a neat little app that people really liked, that helped create a profile badge for steam users, which is a very popular gaming website. It also had a big database of users, millions of backlinks and very stable traffic despite being neglected for years.

First I looked into possible further development, but realized it would be complicated for me, and the rewards would be rather small, so I decided to sell it on flippa instead. I experimented a little with adsense placements and managed to increase the revenue from $10 per month to about $30 per month, mostly by changing ad layouts, adding more units an switching some of them to text only. Optimizing adsense is easily the simplest way to increase the value of your virtual assets. People frequently leave money on the table by not taking the time to rearrange and experiment with some ad units.

About 3 months later, with the adsense and other stats in order, I set up the flippa auction. Bidding went up quickly and my reserve of around $1k (which seemed rather high considering my investment in it so far) was met within a day or two. It later turned out there were two main bidders, so in order not to prolong it I set up a bin of $2900 and closed the deal. It all went smoothly and the buyer was very happy with the purchase.

Why did it sell so high with such low revenues? While the revenues were indeed low, it’s a well established 6 years old site, with a useful app, which is still used quite actively. These type of websites, that require no maintenance, and provide good value to the user are what buyers are looking for the most. It also has great potential for further development, especially for someone involved in the gaming niche. However these type of sites are naturally hard to find.

Overall, after all the fees, this was over $2500 in profit for a few hours of work, so not bad all things considered, however not as profitable as another flip I wrote about earlier.