Listen on other platforms:

This episode marks the 10th episode of The Domain Magnate Show. Today our founder and CEO, Michael Bereslavsky shares his tips on how to stay calm during negotiations based on his over a decade of experience in buying and selling online businesses. 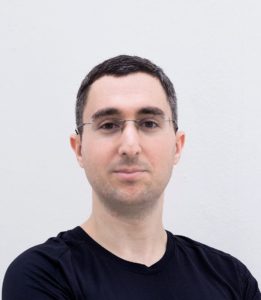 Michael Bereslavsky is the founder and CEO of Domain Magnate. He’s been involved in various internet-based businesses since 2004 and quickly graduated from building, promoting, and monetizing websites to buying and selling them. With over a decade of experience, Michael and Domain Magnate has managed 300+ successful deals.

Michael Bereslavsky 0:13  Hello business buyers, welcome to this short episode of the Domain Magnate Show. About staying calm during stressful negotiations. We do a lot of negotiating at Domain Magnate. And quite often things get heated up and people get angry people get agitated. Stressful situations happen in negotiations quite often. Sometimes there is a small issue that just gets exaggerated out of proportion. And sometimes there are just some misunderstandings. And it’s really important to be able to keep calm and have a reasonable approach to things to be able to find the compromise and keep the negotiation friendly.

Michael Bereslavsky 1:15  And that’s a really important skill. Because a lot of the times, negotiations and deals fail, because of something like that, just because there are some anger responses from both sides. And that causes a lot of mistrust.

Michael Bereslavsky 1:31  And then the parties just cannot find a way to get back to negotiating with trust and understanding. So often, you would see deals fail because of some small issues like 5%, like a 2% difference in price that they just could not like come close to each other, or because of some insignificant, difficult differences in terms. Like not really do provide enough support, or you know, like a long enough, non compete period or things like that. But generally don’t matter as much.

Michael Bereslavsky 2:15  So not professional people who may only do one or two, three deals, they are just not used to do that thing. So it’s really easy for them to get angry over smaller issues. And that’s quite understandable that especially when there is quite a bit of money on the table.

Michael Bereslavsky 2:38  So I’m often asked how to be calm, how to be able to remain composed during the negotiation. And there are two things. The first one is experience. Now my first six figure deal was very, very stressful to many weeks. And we were negotiating through emails. Every time I get an email, I would get really stressed out and I knew that if I responded to the same time, it would probably be an angry email, and that might just ruin the deal.

Michael Bereslavsky 3:16  So I knew they had to take some time off, close the computer and come back to it later, maybe even next day to start sending the reply. And we also had some problems during the during the negotiation, during the inspection phase, and they had to renegotiate, it was very stressful.

Michael Bereslavsky 3:35  I wasn’t sleeping well for a few days, I was really stressed, I wasn’t eating well, I wasn’t exercising, then it was finally over. I felt that I just had to take a few weeks off and I went traveling because it was just so much stress that was collected those few weeks of negotiation. But as I’ve got a lot more deals under the under the belt, it became much easier.

Michael Bereslavsky 4:07  And even more recently, six figure deals, there is an understanding that things will always happen, that comes from experience knowing that, okay, problems will arise, will happen. And I’m just know, but I’m going to be able to deal with them. And we’ll figure something out. And if it doesn’t work out, that’s okay.

Michael Bereslavsky 4:31  So there is just that. That comes from experience. And the second thing is some, somewhat deliberate training, which is some training to to basically calm your mind. And that’s mostly in the form of meditation.

Michael Bereslavsky 4:49  Now, there are quite a few misconceptions about meditations.So meditation is not, it’s not religious, it’s not necessarily a spiritual practice. It doesn’t require you to adopt any sort of belief system, it’s just training for your mind, just like going to the gym it’s training for your body.

Michael Bereslavsky 5:13  So if you go running the first time, it might be really difficult. For me, many years ago, I was breaking bad shape. So when I first started running, I could only run for a few minutes. And it took me many months to get to reasonable shape where I could run for for quite a while. And now I could either run five kilometers, 10 kilometers, and will run a half marathon recently. And that comes from training.

Michael Bereslavsky 5:44  And similar with meditation, so at first, it might be really difficult, you might only be able to do it for a few minutes. At a time just watching your breath. You watch your breath, and then have some thoughts come in, and you going to think about those thoughts. And then few minutes later, you’re like a, I forgot about meditating. And that’s how it is at first. But as you practice more, you get better.

Michael Bereslavsky 6:09  And then when I started with meditation, it was also similar like that. But it’s gotten better. I recently, in fact, was on a flight. And there was a screaming, crying baby just sitting behind him.

Michael Bereslavsky 6:25  And of course, my first instinct was, well, of course, that’s my luck, you know, I’m flying in a plane. And there is a baby just behind me through this one seat. And that’s the one I picked, of course.

Michael Bereslavsky 6:41  But then I thought to myself, well, that’s an interesting opportunity to see if I could meditate in that situation.

Michael Bereslavsky 6:49  With difficulty, up to high level, and I actually was able to to meditate. And so an hour and a half later, when we arrived, my neighbor was really stressed out. Because all the time he was thinking about how terrible it is to,  there’s a crowded plane, there is no other seat. And he has to sit in front of a baby that’s crying most of the time.

Michael Bereslavsky 7:18  And I had really nice meditation. So I felt relaxed. And the best way to start is just for an app, there are some really good apps like Calm, or Headspace and many, many others, they are free. It felt it’s important to have a commitment, like 30-days commitment so that you can practice just five minutes or 10 minutes a day. Because it’s very easy to get started and then just quit and never try it again. So it’s important to put it into your daily routine.

Michael Bereslavsky 7:53  So how meditation is a useful skill just like running is useful not in order to learn the skill of running and fast at running. But it’s also useful for your health. In the same way meditation is useful for making you less reactive to general events and things that happened in their life.

Michael Bereslavsky  8:17  I still might get some angry emails on comments from time to time. And if in the past, I would start immediately start thinking about how I’m going to respond, and how I’m going to completely demolish that person in the next email by explaining them how they’re so wrong on many different levels in every statement that they made.

Michael Bereslavsky 8:39  Now I just look at it and think that’s fine, you know, it doesn’t really matter. I know that as long as we are doing what we are doing well. And I’m bringing goodwill  to our clients, and being you know, upfront and honest about what we do and how we do, it’s fine if some people get angry by that.

Michael Bereslavsky 9:06  Many deals really break apart because of very small differences. And the reason is not often because of those differences, but those differences actually address the symptoms. But the real cause is the lack of understanding, the lack of trust between parties. And being angry is one of the one of the easiest ways to really break that trust with you may have been building by discussing and having some calls with the other party and negotiating.

Michael Bereslavsky 9:43  So it is quite important to be able to negotiate and conduct a deal making process in a calm, collected and non stressful manner.

Michael Bereslavsky  9:58  Brokers also help. But ultimately it’s up to you as the buyer or the seller to see what needs to be done.

Michael Bereslavsky  10:08  And this is also one of the reasons why Warren Buffett is so good at investing at what he does, because he is completely unemotional about his deals. He just looks at numbers.

Michael Bereslavsky 10:19  So what can you do? If something stressful happens during negotiation, easiest thing you can do is just take a breath, take a deep breath. And step away. Don’t send the response immediately. If it’s on the phone, just take a breath. If it’s through email, just step away and don’t reply immediately. Take some time off to cool down and get some perspective. And also be prepared. Understand that problems are going to happen.

Michael Bereslavsky 10:52  Deals are like that. And something unexpected very often happens during negotiation, especially in the final stages. So it’s also important to have a clear, written agreement to have a lot of clarity between the parties so that you know upfront that what you’re going to do in certain situations.

Michael Bereslavsky  11:17  So that’s it. To sum it up. You’ll get better at it. Once you get more experience. Make sure that you write things down that you have written agreements, and get ready for things to turn in unexpected ways. And do some meditation to be more calm during negotiations.

Michael Bereslavsky 11:38  Thank you for listening. And if you found this episode helpful, please share it on social media and good luck is your next deal.

Enjoying our podcast? Support us by leaving us a review on iTunes or on your favorite podcast app.