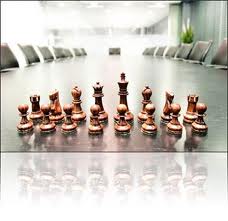 People who are new to domaining ask me from time to time how can they get started, how to make money, how to flip, what to buy etc. It’s not a question one can give a precise answer on, but my suggestion is this: buy for quick flipping when the market is high and buy to hold when the market is down.

Back in 2006-2008 the domaining space was full of incredible flipping opportunities in generic domains, short domains, .com and many other tlds – the market was on the rise and there was always healthy demand for good domains. Those who knew the market prices well and had some cash to invest were able to profit rather easily from this. However in 2009-2010 the domaining market direction changed and quick flips were harder to come by. There are short domains to be found at considerably cheaper prices than just a few years before, but selling them higher to get a decent profit margin may prove rather difficult as well.

Educated and well planned and researched flips will still work, but now is the time to buy cheap for long term investment or development, or to try to resell the domains higher to end users. Will the market go up next year or the year after that? Maybe.. maybe not, however buying domains just because they are cheap and then hoping for the market to go up to sell higher is not the best strategy any more. It worked well in the late 90’s and 2000’s, but in this new decade as the Internet penetration growth is slowing down domain prices won’t keep rising nearly as fast as before.

A much better strategy in my opinion would be to either buy good quality cheap domains that can fit well for end users to build up a portfolio and promote it to higher end customers, or to buy names for development projects – which is mainly what I do now. But development is not for everyone, creating a profitable site from scratch can be quite a challenge for someone who does this for the first time and is only used to buying and selling names. And outsourcing your domains for cheap adsense minisites will just turn your parking revenues into development cost losses, which you may not even make back in years of ad cents revenue. Google doesn’t like autoupdated blogs and it doesn’t favor cheap mini sites much, unless you build them in good, low competition niches with high cpc and do some serious link building to gain the serps.

So depending on which of the two options you choose your best strategy now would be:

2. Developing domains into profitable sites one by one through researching niches, development methods and costs and especially – finding better monetization methods.

4 Replies to “My Domaining Strategy Advice”