Domain Newsletters Are Only Good For Those Who Run Them 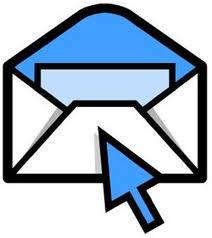 I subscribe to all major domain newsletters, have been receiving them for a few years now. I even have a special folder in my email account for that and set up filters to skip the inbox and send them all there, so I can store them and review later. And lately, I’ve been doing just that – reviewing all the recent messages, hoping to find some bargains or at least some decent domains at somewhat fair prices. With no luck at all, no surprise there, however.

Domain newsletters aren’t for domainers! In fact, I doubt domainers even buy domains through newsletters at all. For high quality, generic domain prices are usually through the roof, higher than on the forum and higher than on auctions. For average, or mid-quality domain prices are also usually in the end-user levels, much higher than what any domain reseller would consider paying. Only affordable domains are.. well, the kind of domains I wouldn’t take for free.

Sure you can find some bargains or decent deals if you spend a lot of time looking through the emails, and in fact, I even bought a couple of domains, but the vast majority of domains in newsletters are priced for end-users, which is really strange – end users don’t subscribe to domain newsletters! They usually email you when they want your domain, or look it up on Sedo and make you an offer.

Newsletters must have terrible selling rates, much lower than auctions and other venues, it’s not uncommon to receive the same names in the email over and over again, with ever-falling prices. In fact, I’ve submitted some of my domains to newsletters on many occasions – those were good domains and I priced them fairly, but nothing ever sold. Newsletter owners would tell you they have extremely high selling rates to get you to subscribe and send them good names to sell. Obviously there is no way to check that, but one thing is certain – newsletters are extremely profitable for those who run them: not much is needed there, just send a newsletter with a bunch of domains and prices you’re given by domain owners every few days – and if a domain sells you get 10%. 10% is the norm in the industry for brokering: investigating, searching for all potential buyers, end-users, finding an actual buyer, negotiating a price, closing the deal; newsletter owners get the same % for just sending one email. Some domain newsletter owners only list their own names, while others only broker domains submitted to them. But everyone would usually accept good domains to a broker to their subscribers and why wouldn’t they? It’s easy money if it sells.

Still, feel like subscribing to some newsletters? Here are the most popular ones:

That’s about it. I’m sure there are others if you have one with over 500 subscribers let me know I’ll list it too.