My $2.5k Gambling Site Flip With Details and Full Disclosure

My previous site flip post generated a lot of interest and over 1500 views, so I decided to post about another one. While in the previous post I didn’t post any details that can help identify the site in respect to the buyer and since the transaction was relatively recent – about a year ago, this time I’ll post all the details. However in this case the deal was on a considerably lower amount, but the ROI much higher and my acquisition price was affordable to any newbie domainer/webmaster. 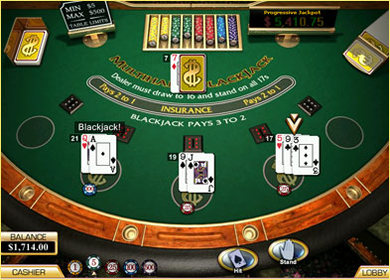 It all started 4 years ago, in Oct 2006, when I spotted an interesting site for sale on DP, probably in this thread, the site was ‘Blackjack Fiesta dot net’ ( in order to avoid the search engines picking up the name of the domain and later showing this post in the top results for it I added spaces in the urls for all the domains involved) and due to the magic of archive.org we can see exactly how it looked back then in here. It was a pretty small site with 5 pages of content explaining the rules of blackjack and listing some latest news and books for sale on the topic, also a unique flash game allowing visitors to try their lack in blackjack without losing their money and there were also some affiliate links to online casinos so the visitors can lose some money and make the site owner richer (yes, in case you didn’t know that’s how online casinos work – an affiliate only makes money when the player he referred is losing money, except poker – in that case the affiliate makes a small percent on each hand the player plays, regardless of the result). The site had a really nice professionally looking layout, but that flash game was the main reason I bought it then, ironically the company that purchased the site from me later decided to remove the flash game, but lets not jump forward yet…

I think I purchased the site for about $100. An interesting fact is that if you check carefully the other sites that were offered for sale on that thread and the other one by the seller they are all offline or virtually dead now. No wonder as that is what happens with most small sites out there. So why did I buy the site back then and how did I find it? The site looked good, but had no revenue and no significant traffic. I don’t remember exactly, it’s been a while, but I probably had some cash laying around in paypal and wanted to buy a nice site for my collection so I had been checking out the sites offered for sale on DP routinely.

After the purchase I invested a bit in linkbuilding and bought some directory submissions for the site and of course changed the ads to mine, but as you can see from an archive.org listing a year later, the site still looked almost exactly the same. I think I spent no more than $50 on the linkbuilding and no more than a couple hours in total on the site. Obviously that wasn’t enough to get any significant traffic in one of the most competitive niches on the Internet, so the site never really made much revenue. And while I still liked having it I started to think it wasn’t such a great deal after all – up to $150 spent, almost none earned. So it just kept sitting there in my hosting account with all the others waiting its turn to shine…

The second part of the story takes place in April 2008, a year and a half after purchasing the site when I received this email:

If you are interested in selling ‘blackjack fiesta dot net’, please respond to this mail so that we can discuss the possible purchase of the site.

I look forward to your reply and chatting to you about the sale should this be of interest to you.

It was sent from an email address on ‘betting corp dot com’, so I quickly realized that this is a serious buyer – a pretty big online gambling company with millions in revenue. I replied with the regular line: “I might consider selling blackjack fiesta dot net, let me know your best offer.”I haven’t heard from them for a few days after this and started to think they somehow lost interest, but I was patient and didn’t email again. Big companies are frequently slow, gotta give them time to think and act and not rush things too much like domainers frequently do.

Then, 3 days after my last email I received a reply with an offer of $2500. I tried to push it a bit further, countering it with a slightly higher amount, but unexpectedly (for me at the time) they refused, however noted that if I wish to proceed with their original offer of $2500 they are ready to do so. Apparently they took the “let me know your best offer” line literally.

After a few more days of email negotiations I offered to use escrow.com, but they refused because of the “high costs” of transactions there, which quite surprised me, however they offered to send me a contract and upon me signing it they would wire the money, which is how it was done eventually. I signed and faxed their contract papers and they sent the wire transfer payment for $2500. They were very polite and nice to deal with, waited patiently a couple days till I could confirm the receipt of the wire (the payment came from a bank in Germany) and then I transferred them the domain and site.

Another surprising fact for me was that they wanted the domain transferred from GoDaddy to Network Solutions. While I did transfer many domains out of NetSol over the years this has been so far the only time when I had to transfer a domain in to NetSol. Apparently they had problems when transferring domains within GoDaddy due to some unexpected errors, however I offered to try to push the domain in GoDaddy to their account and it worked, so the NetSol transfer request was canceled. They then received the files and shortly after that they rebuilt the site, added lots of new content and backlinks. I’m pretty sure they’ve made their purchasing costs back multiple times over the years. Due to their existing network of gambling sites and large link buying and SEO campaign budget and with gambling affiliate programs paying as high as $500+ per depositing customer (large companies involved in online gambling promotion get much better deals from the online casinos when the regular small scale affiliates) the site probably makes more than the amount they paid me for it per month.

After reading this many of you will probably say it’s just luck. Sure it can be, but I don’t believe in luck. I never buy lottery tickets and can not understand why would people signup for monthly lottery subscription. The long term chances are always against them, so it’s like signing up for losing money every month and also a lot of useless anticipation and lost hopes.. If I didn’t sell the site back then I could have expanded and promoted it a bit by now so it could be earning some decent revenue. I saw something in that site that other buyers didn’t notice, some hidden potential and although I was unable to bring it to life in the 1.5 years I owned the site, that is the same potential the casino company saw in it and that’s why they bought it.

$2.5k is not a life changing amount of money by any means and hardly even significant enough to brag about, but I made this post detailed to show people how the flips actually take place and how I go about buying and selling sites. Although I don’t usually sell them proactively like domains, from time to time I’d get a decent offer and decide to sell a site.

I don’t plan for it and don’t even  consider the “site flipping” as part of business, the main business plan for me is buying and developing sites to increase cashflow and then reinvest that cashflow to acquire more profitable web assets and I believe that is a good long term strategy. However being able to sell some sites for high amounts (relative to the revenue) is always nice and as long as you focus on building and acquiring good quality sites and have no immediate need in selling them the buyers will come eventually and make you some good offers that you can not refuse.

7 Replies to “My $2.5k Gambling Site Flip With Details and Full Disclosure”