How I Flipped A Site for $16k - Domain Magnate

Here is a story about one of my web adventures that might be  interesting to my readers. Along with domains I also buy/sell and maintain many websites, some of these are adsense sites with unique content, seo traffic and stable history. I purchased many of these over the years and almost all turned out to be great investments. However they are very hard to find. What you see nowdays for sale at the main marketplaces, such as flippa, DP and DNF is pure garbage: new sites, inflated and fake stats, purchased traffic, all sorts of fly by night ideas and projects that stop bringing revenue to unsuspecting buyers within a few weeks, as well as.. well things like this.

Quality sites at bargain prices can still be found, but the task would be quite time consuming due to the large volumes of websites for sale these days. This is also a task that can’t be easily outsourced. The buyers are so hungry for quality that real good established websites can sometimes sell for ridiculously high revenue multiples like 5-8 years, while the market average is around 1-2 years max.

Two years ago I spotted a site on one of the mentioned above marketplaces and within a few seconds I knew this is a quality site and one I need to buy. After a lot of checking, verifying stats and data and all the due diligence and a short negotiation I purchased the site for around $5k. The site was making around $400/month on adsense and it was a very old and well established site in a high competition heath related niche. The strange thing about it was that the adsense clicks were very high, averaging around $2 per click, which is very uncommon. But having seen stable revenue over the recent 6-12 months I was convinced that it’s a good deal.

I rearranged adsense ads for higher ctr, but even with my best efforts it was still only around 2%, and also added more content and backlinks to the site. At first the revenue jumped up to about $600-800 per month, but then dropped to just $200-300 per month. However the drop was mostly temporary due to the specific time of the year when that niche was less active and as I found it’s common with Google to see a short term drop in traffic at first when you start to promote a well established site that hasn’t been touched for a while.

I had big plans for the site, had it transferred to wordpress with a new custom template made for it in order to get considerably higher ctr and had more content prepared to put there. Then right in the middle of those plans, about a year ago, I got an email asking if I’d like to sell the site. It was sent from a gmail address so I didn’t pay much attention to it at first, thinking that  it’s most likely one of those spammers sending mass emails to purchase cheap domains/sites. So I replied with a regular message, along the lines of “we have no plans to sell, but will consider offers”.

Shortly after that a reply came in with a very respectable offer of $10k. I was very surprised at first, since the initial  inquiry didn’t look serious, so I started digging and found out that the buyer had a well established business in the niche. So he can likely earn much more from the site in business leads than I ever can from adsense. I could’ve accepted it right away and made a handsome profit on the site, but I decided not to, for two reasons: first I thought the buyer is very interested and could pay considerably more and second I liked the site and thought I could increase the revenue to over $1k per month so it wasn’t worth selling at that time.

I decided that I should try to get around $20k for it to sell. So I basically had a choice to either counter with a higher offer or accept his. I took the third option and simply rejected his offer. It was a bit of a risk, but I estimated that he had high interest in the site so he would likely offer more. As a wise man said once: “the biggest power in negotiation is the power to say no”.

The bet payed off and the negotiation continued, after a few more emails and after having reviewed the stats the buyer raised his offer to $15k and $16k, then we finally agreed on $17k and the deal went into escrow.com. The whole negotiation process took close to a month. 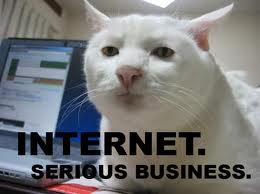 In the end it was a good deal for me: considering both the sale price and the revenue the site made during the 1 year I owned it and minus the link building, content and design expenses – my profit was around $16k. And I think it was an even better deal for the buyer. I’ve done quite a bit of link building prior to selling it and the results of those efforts started showing short time after the sale, so traffic was up and with his business an average lead could pay over $1k, so it shouldn’t have taken long to make that money back.

I did get a little lucky here, however just like with domains if you have good sites the buyers will come. But I even got luckier in the fact that prior to me buying the site it was offered for sale several times within a period of several weeks and no one was interested.. Usually you don’t need to be the first and quickest to grab the best deals, but rather know your market well to recognize a good deal when you see it.