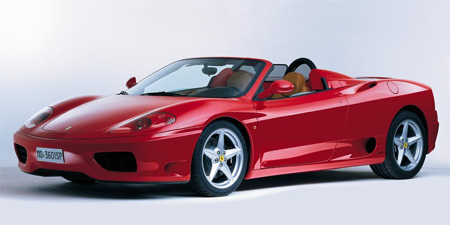 The most popular thread on dnforum currently is this one: Domainers are Losers

As usually the dumbest threads get the highest exposure, but naturally there are also a couple good points raised in the thread. The OP intended that most people joining the industry don’t succeed that well, and this is probably right, same way as in any other business. Many domainers mentioned their successes as well in the posts.

Some interesting posts worth mentioning:

tldrental: Well a couple of you have said the magic formula, so though of you not making any money, listen to the theme of us that are. Sure you can buy yourself into it via a broker, and hit the ground running, but very unrealistic for most people out there on penny budgets.

The key is monetizing your own content rich websites via google adsense and other sponsorships, so you have a steady income as well as building the value of the domain name for after market purpose if your intentions are a flip. This way you are making a daily living at minimum surviving if not living large off the daily revenue until you flip a domain for a large amount. If you have been domaining for longer than 6 months you need to change tact if your not making money. Start trying a different method because you are doing something wrong.

This is the best way to turn a bad domain portfolio into a good one. For though of you have have purchased dumb domain names as newbs. I will say it again as I did in my last post, it doesn’t matter how dumb the domain name is if it has (organic) traffic behind it.

Guys, I have been in the online industry for around 8 years recently laid off 8 months ago last Nov 2007 from a high ranking position in a ecommerce software development company. I’m one of those dumb people who has been buying up domain names for the last 8 years paying annual renewal fees at the tune of $6000 a year and my domain names had 10 inches of dust. I never used them, they never saw the light of day or a nameserver until 4-5 months ago when I got into this business and blew the dust off.

With a lot of dedicated 15 – 20 hour days 6 – 7 days a week for the last almost 5 months I am doing good and I will be a millionaire in about 7 – 10 months time if I keep my pace. I have gone from 600 domain names when I started to more than 1000 domain names today, all my new domain purchases have been subsidized buy my daily revenue coming in. In this period of time I have sold a couple of domains as I already told you for greater than $500 and a few of over $1000 and one over $2,500. I can promise you these domains were only worth registration fee 5 months ago. My 1st domain sold was [url]www.VIPnation.com[/url] for $2,500 which I paid under $2 for on ebay ans sold via private party, and the last two I sold were on ebay. [url]www.HouseVilla.com[/url] which I purchased for $7 and I sold for over $500 and [url]www.planethollywoodhotel.com[/url] which I paid under $2 for and I sold for over $1000.00 on eBay. there was a couple sales in between. These domains were all bought and sold in a matter of 4 – 5 months, you do the math, whats my ROI?

This is my full time job at the moment until I find a company to work for, and by the looks of things and my future I will not need to work for anyone else again. I see myself making a large 6 to 7 figure income in the next 10 months +/-

For though of you discouraged research [url]www.plentyoffish.com[/url] in google. This guy is projected to make 10 million this year after being in business for almost 6+ years i think, but was making $10,000 a month with in his 1st 2 years of plentyoffish.com researching the history of plentyoffish.com may be inspiring for you to read. It was me!!

Other than a few .mobi + .asia investors, I don’t think many people starting in the 2006-2008 timeframe thought they’d become millionaires off handregs…

I know lots of domainers who make 1-2k USD per month and are from China, India, etc where you can live quite comfortably off of that. It’s hard to be successful by “USA standards” if you get into domaining today but that’s not true for new domainers from other countries where “success” might be 2 digits lower than American/European expectations.

How many people become millionaires doing anything? I think that’s a very lofty amount to label success. If someone can hold down a full time job and make a few hundred or thousand per month in their spare time on top of that, is that not successful?

I remember when people used to pick on me when I was first on the forums and talk all kinds of sh*t, I was busy behind the scenes building an empire, I got banned from [I]name non-pros[/I] like 3 times and they gave me a heap of sh*t over there, then I switched to DNforum and found a good place to do business & learn real domaining…then I bought domains with all the extra money I had for a few years, learned all I could..got a few lucky breaks, made some friends and maybe even a few enemies..sold a few for low $xxx and then mid $xxx on ebay..got even more motivated, started making phone calls, re-invested on pick-ups from whois lookups..landed a MONSTER generic .com domain for mid $x,xxx – flipped it for low $xxx,xxx a month later…re-invested that money..bought ALOT of traffic names and generics and now sit back and enjoy the daily ppc $$$ along with ongoing sales that pretty much come to me and are no big deal anymore..I paid more in taxes last year than most people make per year..now when I buy domains on the forum I pretty much do it to be a nice guy and spread the love. Yes, domainers sure are losers. The grilled salmon with cream pesto and jasmine rice along with the lobster bisque and french red wine I just had downtown was a testament to my loserness, along with the ride there in the convertible after getting up at like 2 pm today….was out all night last night chillin’ with models drinking patron margaritas, my treat of course! (cause I’m a loser) 😉

Focus: More importantly than all that bullsh*t and the talk about money & material things is the freedom of making your own hours & schedule (freedom) and being able to help your friends and family when needed which makes you feel like there is a purpose to everything other than just running on the wheel like a hampster. I also regularly thank GOD above every single day for everything he has ever given me and also for the domain business, without God in your life don’t plan on it going very well. It’s also surely not what you have in life or even how much money you make that makes you happy, it’s knowing you are in control of it all by running your own show. I try to do at least one good thing for someone else EVERY single day…because I have found that the more you actually give a sh*t about others – the more comes to you, somehow & someway…trust me on that one. Good ole’ karma. If you have tried and failed and tried and failed again, just keep trying and eventually you WILL succeed, even if it is over time or when you least expect it. It is impossible to fail everytime and God will help you when you deserve it as long as you don’t give up.

btw- thanks for the kind words and PM’s…without this forum none of it would have been possible, DNF is a great place to be & has changed many people’s lives including mine. Without the domain business I would probably be selling drugs or working a 9-5 forever, or worse. It’s us as a community of business people that keeps this whole circle complete..so go buy a domain or sell a domain this week and keep our world turning. 😉

One Reply to “Domainers Are Winners”