Portfolio of 5 Indian Content Websites With $95K in Revenue

We acquired these sites in November 2016 for $32K. The sites were very risky due to aggressive SEO methods, poor quality link building, volatile niches, as well as the requirement for frequent content updates to keep up with tech trends.

Despite the not ideal circumstances, we were able to make a profit on the sites and generate a total of 95k in combined site revenue, along with the sale of the sites. This case study will go over what we did to make this a profitable deal.

How We Grew the Sites

Initially the sites were using the default AdSense placements. Optimizing the ad placements was a quick win and increased the revenue fast.

One issue we faced was getting these sites onto the more profitable Ezoic ad network, due to the lower traffic and general quality of the sites. This is to be expected when dealing with sites like this so we were not surprised. We eventually did get them onto Ezoic but we did have to make some improvements to the content and appearance of the sites.

One of the things that made these sites a high risk for Google updates was the poor quality content. Due to the limited budget for these sites, we were unable to have all of the pages rewritten. Instead we approached the issue in an 80/20 fashion, and had our content editor go through the most important articles and add content when needed.

One quick win which we utilize on every site is to update any content that hasn’t been updated in the last 6 months. The update doesn’t have to be major. Simply adding a few sentences and updating the post is enough. Doing this will usually give a 5-10% boost in rankings/traffic within the first month.

Another one of the biggest risks with these sites was aggressive onsite SEO. Using keywords too often, also known as “keyword stuffing” can hurt rankings over the long term. We used software like Link Assistant Website Auditor to check which pages had high keyword density. We then decreased it to an optimal level that was in line with the competition.

We also utilized an internal checklist to troubleshoot why some pages were not performing as well as they could be.

Because the budget for these sites was low, we couldn’t build too many links. We did aim to consistently build a couple links per month though with our inhouse custom outreach. This helped tremendously, as the sites previously had almost no high quality backlinks.

The biggest of the sites were sold same year, and others held for a longer period. 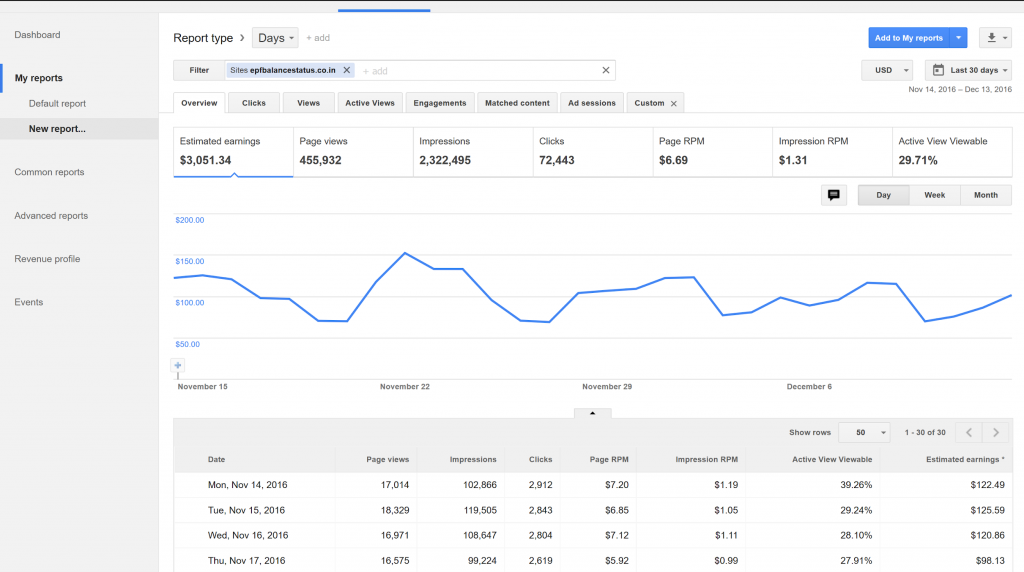 They combined generated around $95K from revenue and site sales. With the revenue peaking at over $300 per day for short periods of time.

While this was a profitable deal, we’ve realized that the work involved in growing lower quality sites like these is often too much. The volatility of the niches, along with the smaller buyers market, have made us reconsider riskier sites like these in the future.