Flipping an Image Sharing Business with Millions of Visitors

This was a large image sharing website, we acquired, renovated, and resold back in 2016.

Formerly a popular image sharing website, the “Pinterest” of the late 2000s, it had fallen out of grace with its users when the actual Pinterest.com became popular. At its peak, back in 2011, the site was generating over 1 million visitors per day, but by 2016 it was down to under 20K visitors per day and earning only around $1k per month in revenue, with little profit, due to costly servers. It hosted over 10 million images shared by hundreds of thousands of users and close to 1 million visitors per month.

Due to the declining revenue and minimal profits we were able to make a deal with the original owners to acquire it for a total of $23K in May 2016, after prolonged negotiations of over a year (their initial asking price was $200K!).

The business was rather complicated to manage, with hundreds of pages of code barely stuck together, so we’ve decided to improve and resell it as soon as possible to avoid having to deal with the complicated technical challenges it may present in the future.

Immediately upon acquisition, we set out to reduce costs and increase profitability by negotiating better revenue share with the affiliate ad provider and improving Google Ads positioning, as well as trying multiple other sources of income.

We’ve also fixed up some current bugs and improved the user interface a bit. However, our main objective was to stop and reverse the rapid decline in traffic. 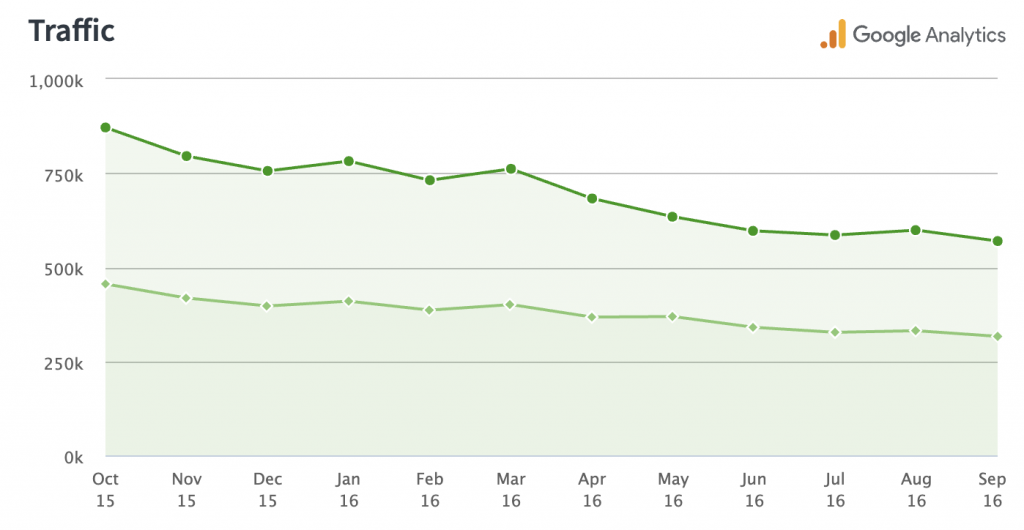 While we’ve managed to slow it down, that challenge was more complicated than expected, so we opted to sell it faster instead.

After that, the site was listed for sale on Flippa.

The listing was unsuccessful. But after that, we were able to negotiate a private deal to sell it for $62K in October 2016. The business was sold to a startup developing some image processing and categorizing technology.

During the 5 months of operations, the website earned around $12K turning this deal into a 220% return in 5 months.

We’ve learned many important lessons from this transaction, mainly: the difficulties of managing and improving technically complicated businesses (with hundreds of pages of code) and the importance of optimizing monetization – which allowed us to triple the income within just a month, as well as the value of finding a motivated buyer.